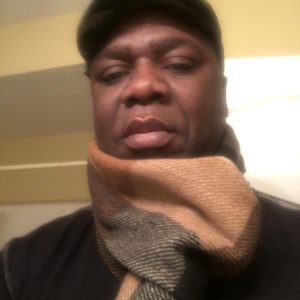 Soccer Is Arguably the Preferred Game for Nigerian Kids

It is undeniable that all contact sports are injury-prone. But soccer is much safer, with fewer and less serious injuries when compared to such sports as American football where concussions and paralysis are common.

Soccer is the oldest sport that has been around for many decades and captivates more people than any other sports. Having played soccer myself from childhood to professional level I can attest that the game is much more fun loving and accommodating than any other sports known to mankind.

Playing soccer is pleasant as well as serves as a great pass-timer for children of all ages without breaking the bank and free from severe injuries. First, Soccer is budget friendly and for startups all it takes is like-minded peers and a venue  as small as fifty feet in diameter or less, unlike the American football or basketball that requires not only the protective gears but also sizable space that can be beyond your means.

Second, it’s undeniable that all contact sports are injury-prone. But soccer is much safer, with fewer and less serious injuries when compared to such sports as American football where  concussions and paralysis are common. Presently, I have at least two friends whose kids were very good in college football but have been sidelined from playing due to concussions. This also means that their playing time and career are over.

Third, soccer still remains the main sporting event all over Nigeria, if not the world. Almost every child in Nigeria grew up having a soccer ball as  opposed to other sporting goods. Very often, as kids, we get a soccer ball from parents as a token of reward for good behavior or good academics. However, soccer is still in its infancy in America, because other sports like basketball, baseball and football have gained significant prominence, ahead of soccer, over the years.  But Soccer is beginning to gain steam as well.

Last, a major advantage with soccer is that it is a uniting game that brings everyone together especially in times of crisis for example, Rumor had it that during the Second World War, the war was halted momentarily because of a soccer game. Also in 1969 Pelé of  Brazil and his team Santos of Brazil went to Lagos, Nigeria in the middle of a civil war. The Nigerian and Biafran sides held a ceasefire for 48 hours to enjoy the game. These two instances alone are quite remarkable in sports and world peace.

In Nigeria despite our economic woes and brutal dictatorship, soccer has always diffused the anger and pain associated with oppression in those moments. Today, soccer in Africa is no longer seen as mere fun but has graduated to a professional level where families are beginning and willing to invest in their children. It could be a source of financial security for financially disadvantaged  families.

The World Cup soccer event alone is a testament to the games popularity, viewed by millions of spectators and by far more than any other sporting event in history and generates a significant amount of money whenever the world cup soccer season regroups in every four years. With so much flair and camaraderie amongst nations. Records have it that a staggering 4.8 billion dollars was realized as revenue in the last World Cup alone and is arguably the only sport that unites the world.

I contend and predict that with the ever growing popularity of soccer, the sport will, in the near future become one of the favorite pass-times in America as it is with the rest of the world.