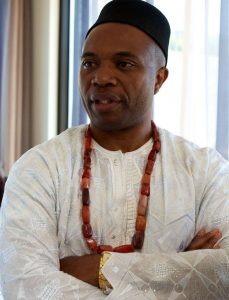 The Journey to Manhood: A Young Boy’s Account of a Traumatic Bliss

The night before my initiation into the mmọnwọ society, I sat in my bed and stared through the small window of my room into the solid void. The window had no netting, so mosquitoes floated in unchallenged. But those spindly bloodsuckers were the least of my worries that night. I would occasionally swat one away or squish the foolish ones that came too close to my ear. I always thought it was silly of them to make that buzzing sound as though they were begging to be crushed. I admit that there was always some satisfaction as I squished them, squirting from their tiny bellies what I presume to be my own blood.

The night air was thick and heated as though the corrugated iron roof was a leaky pressure cooker. There was no clock in my room, so I could not tell what time it was. But I knew that it would be hours before the roosters heralded the arrival of dawn and before the stillness of the night yielded to the cacophony of a new day.

Even at the age of ten, I was not a good sleeper. There were nights when I stayed up and got into one mischief or another until sleep overpowered me. But on that particular night, sleep had grown wings, or perhaps borrowed some from the foolish mosquitoes. All I had to keep me company until dawn arrived were my fears and my euphoria, both of which seemed to be locked in a mortal combat for the control of my being. 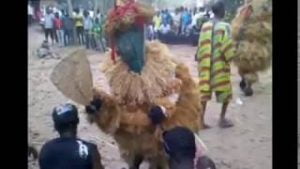 Initiation into the mmonwu society was an exclusive privilege for young boys. It was a rite of passage like no other, one that unlocked a trove of rights for every young boy. I could not wait for the moment to arrive, that moment when the akwụkwọ mmọnwụ, that super secretive mmọnwụ leaf that the uninitiated ogbodu will never know, would be revealed to me. I could not wait to be armed with that revelation, the knowledge of the ways of the spirits, both the loquacious otimkpu and the esoteric nnukwu mmọnwụ. I shuddered at the thought of the  iyi agbaoku whose guttural voice colors the air with mystery and phantasma. I allowed myself to float in the realization that in a few short hours, I would know something that my mother will never know, something that no girl will ever know. I was giddy with anticipation.