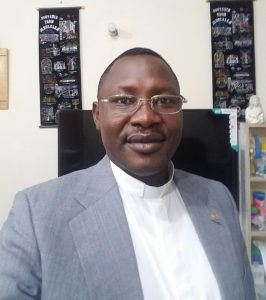 Introduction: Because the family is the nucleus of society, we cannot but be worried about its existence and sustenance for the continuation of humanity through committed parents cooperating with divine grace to build a better society. We cannot but be bewildered when questioning the rate of divorce today and the rippling consequential effects ravaging society in the 21st century. Is the marriage bond sustainable to death? How can couples support each other to the end?

The key to smashing the cankerworm of divorce lies in understanding the true meaning of marriage. Most often, the marriage institution is understood as a contract. Such a misleading and delusive concept only makes marriage susceptible to shrewdness. Since contracts by their nature have expiry, completion, and delivery dates, equating a marriage to a contract renders “calling it quits” either legally or arbitrarily an easy venture. But marriage is a higher calling that, when correctly understood, obliges couples to rise to its challenges and live successfully.

So, how should marriage be understood and safeguarded? For the Church, marriage is a life-bound covenant. The vows are endorsed by God and raised to the order of the sacraments and ought to be treated as that sign through which God gives grace to His people. By their nature, “Holy Orders and Matrimony are directed towards the salvation of others; if they contribute as well to personal salvation, it is through service to others that they do so. They confer a particular mission in the Church and serve to build up the People of God” (CCC 1534). For this reason, the Church teaches: “[A] matrimonial covenant, by which a man and a woman establish between themselves a partnership of the whole of life, is by its nature ordered toward the good of the spouses and the procreation and education of offspring; this covenant between baptized persons has been raised by Christ the Lord to the dignity of a sacrament” (CCC 1601). The implication of the fiat on the wedding day implies that couples give up their egos and unconditionally love their spouses just as God loves each of us irrespective of the frailties that constitute our infinite nature subsumed in our propensity to sin.

It is an indisputable fact that marriages experience challenges. However, when situations get so tough that there seems to be no way out, divorce is never a solution, even when it appears to be. Divorce is not a problem-solving mechanism; on the contrary, it fallout transfers to the next victim in re-marriage.

Sometimes, couples presume, ‘If only I get a better wife/husband, then my love will endure to death. This line of thought, I insist, has led to a lot of devastation. It is not strange today to hear a woman comfortably say, “I have been divorced thrice,” or a man to say, “I am living with my third wife.” What really needs changing is neither wife nor husband, but their mentality to an openness to understanding marriage as founded not on human love but on divine love. If couples understood marriage in its right perspective, then they would testify that even the initial spark of love that crystalized into this bond felt from the beginning, was actually ignited by the divine as a response to God’s love present in matrimony. Thus, one of the mistakes couples tend to make is to think that what sustains a marriage is the human love they have for each other. Not at all. If this were the case, then no marriage could withstand the challenges therein.

From the marriage covenant, therefore, arises a union leveraged on the consent of the spouses by the power of the Holy Spirit that is divinely confirmed and recognized by society. Marriage is integrated into our covenant with God, as Vatican II asserts: “Authentic married love is caught up into divine love and is directed and enriched by the redemptive power of Christ and the salvific action of the Church” (GS 48).

Conclusion: Humanly speaking, life-bound marital unions are impossible, and that is why it is raised to the order of the sacraments. As such, marriage is no longer totally subject to, or dependent on, the human love (eros) albeit necessary at the beginning for the initiation of such a journey.  As soon as the exchange of consent takes place and the union is consummated, human love, which by its nature is finite, like the wine at the wedding at Cana, naturally runs out, giving way to something better. The invitation and presence of Jesus into any marriage, just as at Cana where his miraculous gift of wine tasted sweeter (John 2:1-11), prove that a divine presence is indispensable for any marriage to be sweetly sustained. As such, when the two pillars of marriage are rooted in the incessant and sustainable love of God, marital love can only be sustained by divine grace and not by human’s fragile love.

Rev. Fr. Bitrus Raphael Medugu, is a contributor to Nigerina Parents Magazine (NPM). He is a Catholic Priest of the Diocese of Maidugri, Borno State, a lecturer and formator, at St. Augustine’s Major Seminary Jos.