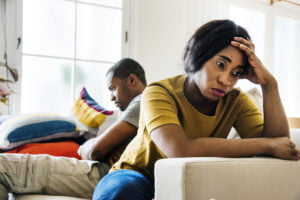 Role Reversals as Stressors in Nigerian Marriages in The United States

It is often said that strict adherence to established gender roles is the reason for Nigerian marriages enjoying greater longevity compared to those in other cultures. In fact, many years ago, when I was in college, my professor of African studies contended that Nigerian marriages are sustained to a greater extent by a harmonious arrangement that is rooted in unambiguous gender roles that leave no grey areas regarding family duties and responsibilities. For instance, the man’s role as the primary breadwinner and protector and the woman’s role as mother and homemaker are undisputed.

However, things are changing rapidly. For much of the 20th century, the typical gender roles of men being the primary breadwinners and women being the homemakers and mothers are quickly becoming obsolete. With educational, economic, and socio-political changes, women have started to assume the role of breadwinners. Consider, for instance, the high demand for nurses in the United States; Nigerians have the highest number of female nurses per capita. Nursing pays the bills, but it also requires putting in extensive hours at work and hinders the performance of wifely and motherly duties coded into the relationship by culture.

The fact that women are spending extensive hours at work is an emerging global trend. In other words, it cuts across many cultures and values. It seems to challenge the pride of Nigerian men more than any other group in the United States, however. When asked about this emerging trend, Florence Okiyo, a Nigerian psychological nurse in Houston, Texas, said that “many other cultures seem to adjust better with this paradigm shift than Nigerians”. Okiyo added that “Nigerian men are not psychologically conditioned to easily accept this profound disruption of the harmonious arrangement that they are used to”.

The idea that many Nigerian women make more money than their husbands upsets the very foundation our belief system about marriage. It literally takes the husbands out of their comfort zones and puts them in a place where they see everything as disrespectful. Transgressions that could have otherwise been ignored becomes magnified and held onto for months and years. Adeline Olusegun, a marriage counselor in Chicago, said that “many Nigerian couples who come to me would have no need for counseling if the men understood the source of anger and frustration in their marriage”. Olusegun said that “the truth is that most women really do not want to make more money than their husbands; nor do they want to be the primary breadwinners because it is not their natural role”.

In the past decade, there has been an uptick in divorce rate among Nigerians. While the current role reversal trend may not be the only reason for the increased divorce rate, it has become a big stressor for Nigerians in the United States. Dr. Kenneth Ojiaku, a clinical psychologist in Indiana, said that “a pragmatic way to combat the trend is for men to get off their high horses and adapt to change”. Dr. Ojiaku describes change as Nigerian men embracing more non-traditional roles with the understanding that archetypal gender roles of marriage will continue to erode.

Dr. Ojiaku does not completely absolve women from the marriage woes emanating from role reversal. One of Dr. Ojikau’s clients, who is a Nigerian, believes that the demise of his marriage began when his wife started making more money than him. “Women must understand that perception is reality” Ojiaku says. Rightly or wrongly, it is important for the woman to avoid any behaviors or comments that will create the perception of being disrespectful.

There are practical ways to make marriage work when a husband finds it difficult to accept the fact his wife earns more than him.

Do not hide your financial situations from each other. It might be difficult to communicate openly about your financial problems, but with time, the couple will adapt and develop their communication style about money.

A financial planner will help find ways to minimize risks, such as ways to save for an emergency fund, disability insurance, or life insurance, and other ways to plan for a rainy day

Studies have shown that marriages can survive and even thrive with wives as breadwinners. The husband must be ready to adjust and do other things such as being a good source of emotional support, keeping the house clean, making dinner, and looking after the kids.

The truth is that the trend of role reversal will continue to deepen. Men must accept that role reversal is a global trend that cuts across peoples and cultures. While men struggle to adapt, it is also important to understand that most women are not comfortable in the breadwinner role. It is hard for them too.

What do you think?