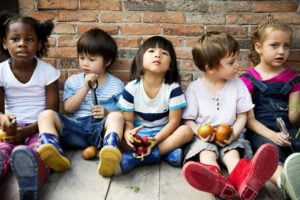 In a world where information literacy is critical, Common Sense’s research explores kids’ relationship to the news — and how adults can help kids thrive as 21st-century citizens. By Michael Robb 3/7/2017

Topics: News and Media LiteracyAbout Us | 2:54

What Kids Think About the News

The news isn’t what it used to be. What was once shared by newspapers, radio, and TV now comes in Snapchat stories, on Facebook Live broadcasts, in Twitter conversations, and through other new forms of communication. But parents still want — and need — their kids to be good citizens. To an extent, that means kids must understand what’s happening in the world and apply critical-thinking skills to information in all its forms and from all sources. Common Sense Media is one of the only organizations to conduct a large-scale study of how kids get their news, engage with it, and feel about it. Our report, News and America’s Kids: How Young People Perceive and Are Impacted by the News, is designed to help parents, teachers, and policymakers support kids in a 21st-century world, where finding, identifying, evaluating, and using information effectively will be critical.

News and America’s Kids surveyed 853 children age 10–18 to find out where they get news, which news sources (including social media sites) they prefer, how much they trust the news, and how they feel about the news. It’s clear from the results that news is not only for adults. Many children say following the news is important to them and that they feel smarter when they get the news. However, many kids feel that their voices aren’t represented in news coverage and that news organizations don’t understand their experiences. Check out the infographic that illustrates the results of the survey. Here are some of the key findings:

Kids feel neglected and misrepresented. Nearly three quarters of surveyed kids think that the media should show more people their age, rather than grown-ups talking about them. Additionally, 69 percent say that the news media has no idea about the experiences of people their age, and less than half think the news covers issues that matter to them.

Kids see racial and gender bias in the news. Half of children agree with the statement “Whenever I see an African-American or Latino person in the news, they’re usually involved in crimes, violence, or other problems.” And only one in three kids agrees that the news treats women and men equally fairly.

Kids also often are fooled by fake news. Less than half of children agree that they can tell fake news stories from real ones. Experiences with fake news may be a reason that only one in four kids puts “a lot” of trust in the information they receive from news organizations. Find out how to help kids spot fake news.

Kids trust family for news (but still prefer to get it from social media). Sixty-six percent say they trust the news they hear from family “a lot,” with teachers being the second-most-trusted source. However, when asked to select their preferred news source, online news sources win out.

These findings speak to the importance of supporting tweens’ and teens’ media-literacy skills — the critical thinking needed to judge the value of information. In the short term, that means that when kids come across a suspicious news story on Facebook, they need to know how to interpret the information and whether it’s worth sharing. In the long term, that means teaching them to question what they see, hear, and interact with to become not only good citizens but good digital citizens. Common Sense has a number of resources to help families develop the tools they need to thrive as 21st-century citizens. And since the No. 1 place kids hear about news is from the adults in their lives, we need to model how to consume news, encourage kids to think critically about sources, and discuss the news with the children in our lives.

This article was first published by Common Sense Media