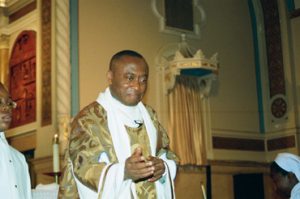 Your Life Is Your Baby

The warriors tried various methods to climb to the top of this mountain to no avail. They investigated one trail after another so as to overcome the obstacles and none proved successful. So they gave up and decided to return to the village. As they were packing up their gears for their descent, they saw the baby’s mother coming down the mountain towards them with her baby strapped to her back. In amazement, one of the warriors said to her, “We couldn’t climb this mountain and so how did you do this when we, the strongest and most able men in the village, couldn’t do it?”  She simply shrugged her shoulders and said, “It wasn’t your baby, because if it was, you would have found a way.”

As Nigerians in the United States, we are lumped into a category of color, Black; a category that is full of derogatory assumptions, negative expectations, and defamative stereotypes. If we are not careful, this kind of prejudice can drive us into who we are not and culture-biased fulfilling prophesies. This cultural environment is quick to give up on us. But I say this to our young people: never give up on your goals because it is your goal; never give up on your dreams because it is your dream; never give up on life because it is your life. Others may give up on you but never give up on yourself. As a child, Einstein did not starting talking until he was three or four, and could not read until he was seven. His teacher, at one point even told him that that he would never amount to anything. In 1898, Einstein applied to the Muenchen Technical Institute and was turned down because the institute said that he “showed no promise.” But within seven years, Einstein had formulated his theory of relativity; a theory that changed the whole world. We can never let the world decide who we will become in this life. Your life is your baby and you should never give up on it.