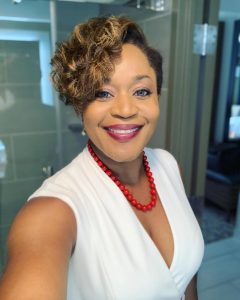 I was asked to speak to a group of young people at a youth summit event a couple of weeks ago. I was excited that they were a diverse group of youths in that space who were all anxious and excited to make a difference in their communities. I gauged from their faces that they would be anywhere from their early teens to their mid-twenties. I spoke to them about a topic that is often near and dear to my heart; one that I wished was hammered into my psyche when I was younger as it would inevitably have made life a more seamless journey. I know that the journey towards a more happy, peaceful, and successful life should begin with a clear understanding of the “self.”

The topic of self-identity and how an individual sees themselves oftentimes charts the course of their destinies. The concept of having a strong sense of self is so underestimated and I have been on a mission to remind everyone of the innately powerful beings that each of us are. Have you ever thought about who you really are? By that I do not mean who your education, community, or family told you that you are. I mean who you are when everything on the outside is stripped away from you. I know most people talk about the value of encouraging a child through positive validations and reinforcements. I do not want to underestimate the value of those, but I believe that other fundamental values and truths must be grounded within children and adults alike for them to truly thrive in a world that demands nothing short of that. When those values are instilled and grounded into people at a younger age, the challenges in life are a lot easier to navigate and those acts of positive validations and reinforcements, would in essence, become the perfect icing on the cake.

Personally, for me, growing up in Nigeria, with parents and a culture that are fully immersed in religion; no one ever taught me the empowering parts of religion. But a religion that disempowers rather than empowering the individual would inevitably become problematic. Every religion in the world talks about love and the Bible teaches love to be the greatest commandment. Anyone who dares to walk in Love in immediately connected to the Source energy which is God.  Even though my catechism taught me that I was made in the image and likeness of God, nothing more was taught to drive this point home for me as a child in terms of the implication of “image and likeness of God.” I knew that if I did not keep the Ten Commandments that I would not go to heaven and would end up in hell. The idea of God was that of a remote supreme being, that resided somewhere outside of this realm and whom I would eventually encounter when I got to the Pearly gates. ( I just digressed but stay with me

Back to my interaction with these young ones. I had asked them if they identified as humans and of course, everyone agreed they were human beings. I had asked them how many of them believed in a higher power/God and almost all of them raised their hands. They were each born into a religious denomination, and some of them acknowledged that they attended church and knew about the Bible. I explained to them that they were much more than humans. I explained to them that they were powerful and potent divine beings who were made in the image and likeness of the same God who had created this entire Universe. I reminded them that by accepting and acknowledging only their humanity they had completely  closed off the most powerful and potent parts of themselves, their divinity.  Unless and until that divinity within is acknowledged and awakened, life will continue to be a cycle of unending pain, frustration, and unrest. The reason that there is so much pain, frustration, anxiety, dejection, sadness and loneliness in the world is because most people are yet to tap into the divinity that resides within them and most religion teaches that the maker of the Universe resides somewhere too distant to comprehend. That distance tends to disempower most religious people who continue to wait on that God when in reality, the divinity is within them and waiting on them knowing they were already fully equipped to step out and live life truly on their own terms.

A recognition that the self  has a significant divine component and is so much more than the human flesh, the body, the physical form is a powerful concept that inevitable puts every person, child and adult alike onto a powerful trajectory towards living an empowered life. When you recognize that you are indeed not just a child of God, made in his image and likeness but that She/He resides within you, (not anywhere outside of you) you are forced to show up differently in your life. You have no choice but to strive to embody the magnificent masterpiece of Her love, excellence, success, peace, joy, etc. Your actions, thoughts, and utterances would come from only your divine vault and not your human vault and life can no longer be as painful, stressful, or hard as it often seems to most of us who are still only operating from the very limited human component of that existence. You instantly become more loving, powerful, and unstoppable the minute you begin to tap into the divinity that resides within you.

As I continued speaking to these young people, I noticed that no one had quite explained this to them in that manner going by the way their eyes lit up. Without dismissing religion entirely, I hope that as parents and care givers we need to help not just ourselves, but our children and  our wards understand that they are divine masterpieces (we all are) and that this inevitably means that our actions and utterances must come from nowhere else but from a divine space. Once that divinity is awakened, the human parts of us would eventually atrophy from a lack of use. As truly powerful and magnificent being, we would eventually come to the realization that we are the heroes we have been waiting for, that there is really no one coming back to save us; and that we each have the capacity to individually chart the course of our individual destinies which is never a matter of chance but one of choice.  Neither ourselves nor our children can live truly empowered and inspired lives if we do not embrace the divine parts of us which is really the part that is sufficiently equipped to tackle the multiple issues life presents to us at every turn.

Atty. Ogor Winnie Okoye, author of Awaken and Unleash Your Victor: Uncover the Path to Your Magnificent Destiny, writes from Boston Massachusetts. Follow her on Twitter at @ogorwinnieokoye or visit her company site at www.boslegal.com