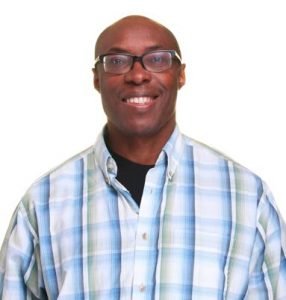 Chima asked me if I had been expecting his call. Surprised, I said why. He mentioned that I had answered the call the instant it rang. I laughed and told him that I had been reading my cousin’s text message when his name appeared on my cellphone screen. Chima always had something fun to offer, I added. Unlike my cousin, who traded in woes.

“The usual lament,” I said.

“So, what’s up?” I would send a reply to my cousin later. It was past midnight in Nigeria already.

Chima asked me to go with him and his daughter for her soccer tryout somewhere in south Edmonton. It was a fifteen-minute drive from where I lived in Bonnie Doon. I hesitated long enough for him to repeat the request. That wasn’t the fun I had expected to hear. To see me in a field cheering a bunch of teenagers wasn’t my idea of fun or how I would like to enjoy my weekend. At the least, I thought my friend had called to chat about something more important than soccer. Well, let me give you a hint about me: soccer just wasn’t my thing, even with all the noise about Messi and Ronaldo.

I would have leaped out of the couch had my friend invited me to a party. But to watch a group of elementary school girls chasing a ball around the field? My goodness, was I so bored that I didn’t know what to do with my leisure? There was Netflix, after all.

“Vin, it would be nice if you came,” Chima pressed on.

I tried to come up with excuses. I was planning with friends a trip to Elk Island, though in August. Still, what could be nicer than idling on the couch and watching Luce, which I’d meant to watch since Netflix advertised it a month ago? Meanwhile, I could hear my friend’s wife in the background whispering that he let me be and not hassle me. I heard him whisper back to her that he was only trying to prepare me for fatherhood.

I wasn’t busy, or anything like that, only that I couldn’t settle for anything less fun. I was in my mid-thirties, after all.

I walked into the kitchen, got a glass from the plastic rack, and filled it with water at the sink. It was past five, but the sky was too grey for July. It seemed it was going to rain.

“When?” I finally asked, rising from the couch.

“I know. I should have asked you earlier. I’m sorry I forgot.”

I hesitated again, hoping he would ask if I had something else to do on that same day. If I was preoccupied with a project at my workplace. I hoped he would give me a reason not to go with him.

“Fine,” I said, stopping myself in time from grunting. “What time?”

“Four p.m. But we have to be there at least half an hour earlier.”

“No wahala. Thanks buddy!”

“Say it again,” I prodded him.

“Thanks buddy,” he replied, laughing.

Chima phoned again around nine that Saturday morning to remind me about his daughter’s game. What was all this fuss about soccer? Did it occur to him that his precious little daughter might get her ankle sprained or bone fractured on the field? It wasn’t as if she was championing Canada to some world cup for youngsters—or was she? At that moment, I didn’t get why my friend was so excited about his daughter’s soccer. Of course, I would find out only much later, in a few hours.

But right now, this pleasantly sunny morning, with its sky a glaring blue, I was praying that time would fly, so this whole fuss would come fast enough and taper off.