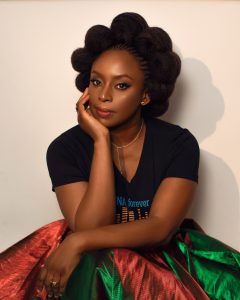 Fiction writers are unique humans. They are not only able to create magical worlds and populate them with mythical characters, but they also draw us into these worlds and the lives of their characters. They cause us to suspend our disbelief and make emotional investments in their conjured characters. However, what distinguishes master storytellers from other garden-variety writers is the ability of the former to use their stories to transmit nuggets of wisdom that suit prevailing social situations and to sometimes predict what will happen in years to come. Chinua Achebe, Ngũgĩ wa Thiong’o, Wole Soyinka, Cyprian Ekwensi and many others fall under this category of master storytellers. Achebe, for instance, wrote this gem: “When we gather together in the moonlit village ground, it is not because of the moon. Every man can see it in his compound. We come together because it is good for kinsmen to do so”. Achebe’s words highlight the cultural ethos of the Igbo in a way that no other writer has been able to do until recently. 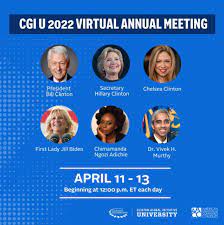 From April 11 to 13, 2022, Chimamanda Ngozi Adichie featured in the 2022 Clinton Global Initiative University (CGIU 2022), joining President Bill Clinton, Secretary Hillary Clinton, their daughter Chelsey Clinton, First Lady Dr. Jill Biden, and US Surgeon General, Dr. Vivek H. Muthy in the annual event. Chimamanda’s laurels are endless. She has received honorary doctoral degrees from over a dozen universities, including Yale, Johns Hopkins, and Duke. In 2021, Time Magazine named her one of the world’s 100 most influential people. For someone who has written only three books, many wonder why Chimamanda is so celebrated around the world. Why is she one of the most sought-after public speakers from the continent of Africa?

The reason Chimamanda is so successful is not only that her prose electrifies and suits one’s heart at the same time. She is so widely successful because, like Achebe before her, her words provide those nuggets of wisdom that are so relevant to our society today. Chimamanda can create a real world and fill it up with characters that are so believable that the reader emotionally cohabits that world, sharing affinity with the fictional characters. Chimamnda’s words compel life to imitate art, something she has in common with Achebe and other genius storytellers. 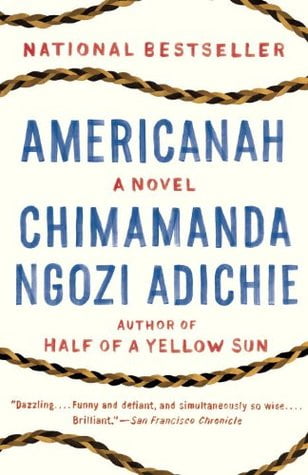 Chimamanda’s novel, Americanah, brings this closer to home. In that New York Times bestseller, Chimamanda created a character named Batholomew, a divorced accountant from Eziowele who lived in Massachusetts and spent an obscene amount of time writing on an internet forum called Nigerian Village. As a resident of Massachusetts, I was struck by the near perfect and uncanny portrayal of this character and the eerie resemblance of the fictional Nigerian Village internet platform to Massachusetts’ popular Whatsapp platform Community Square. The fictional Bartholomew and his world simply x-ray the Massachusetts Nigerian community of today. Chimamanda wrote as though she lived amongst us in Massachusetts (which she does not), and as if she was privy to the tiresome internet wars, vapid debates, and trite diatribes prevalent in the Massachusetts Nigerian community.

The character, Batholomew, vividly depicts some of the Massachusetts Community Square trolls who brag about their supposed accomplishments, criticize those they do not deem as successful, and pursue what Chimamanda described as “airless arguments.” Like Batholomew, who writes under the moniker Massachusetts Accountant, some of these Massachusetts characters have not been back to Nigeria in years, and as Chimamanda writes, “needed the consolation of those online groups, where small observations flared and blazed into attacks, personal insults flung back and forth. … For them, the home was now a blurred place between here and there, and at least online, they could ignore the awareness of how inconsequential they had become.”

Chimamanda goes on to describe Batholomew’s demeanor as betraying “a deprived rural upbringing that he tried to compensate for with his American affectation”. If you lived in Massachusetts, you close your eyes and visualize several Batholomews in Community Square platform, characters whose perpetual social media anger and aggression only betray deep-rooted inadequacies, failed election bids, expulsion from social clubs, failed or failing marriages, social maladjustments, and the after-effects of constant drunkenness and substance abuse.

In Chimamanda’s fictional Massachusetts, Batholomew and the other internet tigers fill the emptiness in their lives with mudslinging in the Nigerian Village. In real-life Massachusetts, the internet warriors attempt to cope with the drudgery of their lives by wasting valuable time pontificating on Community Square and clogging the internet space with mediocre writings replete with poor sentence structures and malapropism. The corrorary between between Chimamanda’s fictional world and the Massachusetts reality is simply the stuff of legend.

Chimamanda is doing in contemporary African society what Achebe did many years ago. Life certainly imitates her art.