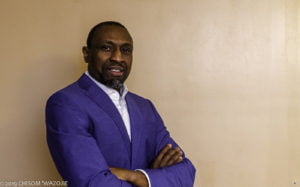 Does “African Time” Underscore a More Serious Problem? A Conversation We Must Have

It is a commonly used strategy – if you wish for African people to arrive at your event on time, you must allow for an extra 3 hours ahead of the actual start time; in other words, tell them that the event begins 3 hours before it really does. Africans have an inherent tendency to arrive late; this phenomenon is commonly referred to as “African Time.” The term underlines a cultural propensity, a more relaxed attitude to life. Unfortunately, this relaxed perception of time in Africa has become mainstream and is even celebrated as humor. In fact, some countries in Africa have started to personalize and claim this vice proudly, for example, Nigerians now often call it “Nigerian Time.”

There is an important question to ask here: does the phenomenon of “African Time” or “Nigerian Time” underscore a more serious problem. I asked Dr. Duruibe Aguocha, a social psychologist based in California. Dr. Aguocha told me, “I have stopped doing any type of party at my home.” On his 50th birthday, Dr. Aguocha invited some of his Nigerian friends to a party. He anticipated that the party would end at midnight, however, at 2 am, guests were still arriving. The next day, his neighbors complained about the unusual late-night disturbances. “African Time, as they call it, has an objectionable social impact,” Dr. Aguocha insisted.

Dr. Angus Musoni, a professor of African studies at one of Africa’s famous universities, argues that African culture regarding time is polychronic. He contends that people tend to schedule several things for the same or a similar time, as opposed to doing things in sequence. However, scheduling too many events for the same time is disorganized and chaotic. According to Dr. Musoni, Africa’s attitude toward time manifests in a particular strategy for managing everyday events and interactions that is different from the rest of the world. “In fact, time management may be the bane of Africa’s development,” he argues.

He echoes the opinion of one Ghanaian writer who argues that “African Time” is the main reason why Africa remains underdeveloped. Considering the speed at which information travels in the digital age, information can only be used as a tool for economic development by processing and using it at the same speed as the rest of the world. This is also the only way to remain competitive in the global marketplace of ideas.

Once upon a time, an African president seemed to recognize that “African Time” underscores a more serious problem. In October 2007, the former president of Ivory Coast, Koudou Laurent Gbagbo, launched a campaign against “African Time.” His campaign slogan was “African Time is killing Africa – let’s fight it.” Gbagbo argued that missed appointments, delayed meetings, and late buses were harming productivity. Although his campaign was taken to a hyperbolic frenzy, it is true that productivity is measured against time.  As such, some people argue that, for Africa to equal the rest of the world in terms of development, Africa’s general perception of time must change.

Do you think that “African Time” underscores a more serious problem in African culture? If you have a story or any personal experience about “African Time,” I invite you to share them with my readers at Candid Pen. Please also encourage your friends to chime in.