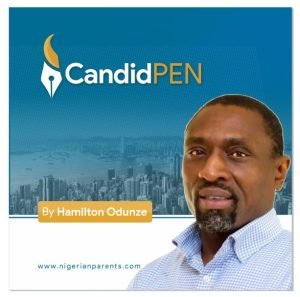 A few weeks ago, US based Nigerian Professor and researcher, Dr. Iheoma Iruka raised an issue that deserved reactions from Nigerians. In an interview published in Nigerian Parents Magazine (NPM), Dr. Iruka said that Nigerians in the United States have the population to become a powerful interest group with the United States Congress. She noted, however, that while Nigerians have both the people and the education to influence policies, they lack focus and leadership.

So, who is Dr. Iruka?, you may ask. Dr. Iheoma Iruka is the Founding Director of Equity Research Action Coalition and a Research Professor Department of Public Policy at the University of North Carolina in Chapel Hill, United States. She is also a Federal Adviser with the United States Census Bureau. In other words, she crunches population numbers, breaks them down into demographics, and advises the government on what to do with each population group. So, if anyone knows about demographics and the power in leveraging demographic critical mass, it is Dr. Iruka. And, when a scholar with her qualification says that Nigerians have the population to influence policies, it is not a run-of-the-mill opinion. It is an expert opinion.

Unfortunately, such views as Dr. Iruka’s are typically swept under the rug in the usual indifference that Nigerians have toward serious conversations. Nigerians seldom take strategic steps for collective growth. It is concerning. When I raised my concerns with a friend who writes for a global Pan-African organization, he opined that our priorities as Nigerians are misplaced. He further argued that our focus is not on enhancing collective growth but on things that make us different and that show individual successes.

There are some valid points to his argument. Still, our inability to engage in structured conversations is also a problem. For example, many of us criticize politicians in Nigeria. Still, we are not focused on active organizations to influence politics and government in Nigeria and the United States. The Jewish Diaspora community in the United States has a significant influence on the welfare of Jews, not just in Israel but worldwide. It is not because they have the money but because they are united and well organized.

Unfortunately, the Nigerian population in the United States is fragmented and divided along ethnic lines. The truth is that politicians conduct detailed analyses to understand the dynamics of groups in the United States. They know that Nigerians are fragmented and divided, making it an inconsequential group to engage. Besides the potential to become a viable political group in the United States, Nigerians also have the population to become a solid commercial group. For instance,  in 2019,  the American Community Survey (ACS) estimated that 461,695 U.S residents were of Nigerian heritage. Even if we assume that this number has not moved up since 2019, it is still good enough to sustain a viable community bank or a credit union insured under the Federal Deposit Insurance Company (FDIC.)

We have to take a cue. There are 73 Asian or Pacific Islander American-owned credit unions and banks in the United States. These banks and credit unions are the largest single group of minority depository institutions (MDIs) by race. Members borrow at marginal interest rates compared to interest rates from other financial lenders to finance their businesses, houses, cars, and education. Nevertheless, unfortunately for Nigerians, even with the numbers, we have not achieved these commercial and financial goals.

It is concerning that these kinds of financial goals have remained elusive. It is even more worrisome if you consider the impact Nigerians have on the American economy. For example, in 2015, Migration Policy Institute (MPI) found that households headed by a member of the Nigerian diaspora had a higher average annual income than U.S households overall. The numbers show that the average pay for a Nigerian family is $52,000 compared to $50,000 for other U.S. households.

But the numerical strength, level of education, and higher than average annual income have not turned into a real advantage for the Nigerian diaspora community. I firmly believe that structured conversations and strategic steps will result in the type of advantage Dr. Iruka talked about – to become a powerful interest group in American politics.