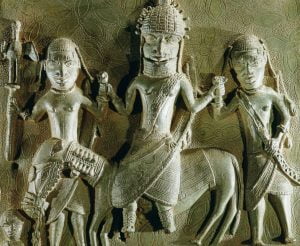 Many Nigerians and Africans are happy that the Western countries are beginning to return Nigeria and Africa’s looted artefacts. Our happiness is palpable, considering that more than 160 museums globally, and countless private collections, house bronzes and sculptures from Benin and other civilizations from Nigeria.

Recently, I saw one of these Benin bronzes hung behind thick veil glasses at London’s British Museums of Africa Galleries. Such sights evoke strong emotions. I stood transfixed, appreciating the artistry details that went into sculpting this piece of bronze. However, my strongest emotion came from the thought of how far back the large-scale and brazen pillage of Africa’s resources went. It is time for a paradigm shift that would stop the sustained stealing of Africa’s resources that started back in the 1800s. Because as these talks of restoration and restitution of Nigeria’s and Africa’s looted treasure rage, anything short of the complete stop will be astounding hypocrisy.

Much of the recent talk about restoration and restitution started in 2017 when the German government promised to return more than 1,100 looted Benin bronzes to Nigeria. In October 2021, Emmanuel Macron of France followed suit and returned 26 artefacts to Benin. Then last June, the Belgian government agreed to transfer stolen artefacts to their countries of original ownership. 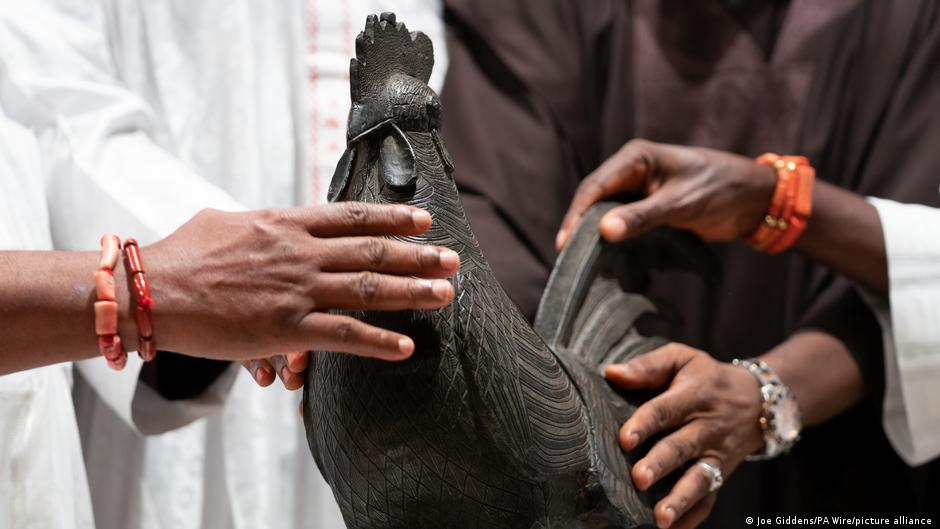 In addition, the University of Cambridge has returned a bronze statue of a rooster stolen during the 1897 British invasion of Benin City. History has it that in 1897, more than 1,200 British soldiers under the command of Harry Ranson invaded Benin City and took the rooster bronze. The invasion was before the 1914 amalgamation that brought the Southern and Northern protectorates together.

As eerie and contrived as the narrative sounds, I stood there, more concerned that the large-scale and brazen pillage of Africa’s resources and the stealing of its beauty are still ongoing.

For example, in June 2013, Donald Kaberuka, president of the African Development Bank (AfDB), in an interview with Reuters News, said: “The reality is, Africa is being ripped off big time.” He was answering questions about foreign corporations mining Africa’s mineral resources at huge profits while the locals see marginal rewards.

Perhaps the numbers will put things in perspective because, as the saying goes, numbers do not lie. For example, in 2015, a report from multiple groups concluded that the amount of foreign revenue into Africa could not offset the amount of money leaving Sub-Saharan Africa. Although, in this period, Africa received $161bn in loans and remittances, $203bn left the continent mainly due to price manipulations and tax dodges.

At this time, when the West has embraced the need to return Africa’s looted artefacts, the only thing that makes sense is to stop the pillaging of Africa’s resources. It makes no sense to replace your loot with one hand, and the other hand continues to loot.