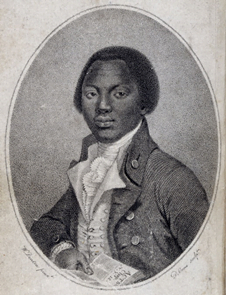 THEY CAME BEFORE US 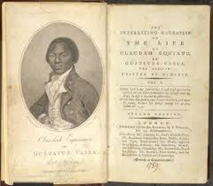 In his acclaimed autobiography, Olaudah Equiano [Ọlaụda Ikwuanọ] told of his early childhood in Iseke, a community in the Igbo nation, southeast of Oshimmri (now the River Niger). He was kidnapped at age 11 and shipped across the Atlantic to the Americas in 1757. One of his American enslavers named him ‘Gustavus Vassa’ after the 16th-century Swedish king, a cultural cleansing criminality that characterized chattel slavery in the Americas.

While working on ships and sailing the world, Olaudah did some on-the-side trading, in the spirit of Igbo entrepreneurial expertise. He saved enough money within three years and bought himself out of bondage for 40 pounds—a bondage he was forced into while chilling in his father’s estate. A free man, Equiano sailed to wherever ships would go, up to the Arctic! He ended up in London and, using his own experiences, he began to preach freedom and the abolition of the abduction of Africans—which was terribly termed “slave trade.”

After 20 years of working to stop slavery, he joined the movement to abolish slavery in 1786 London. He worked with ‘Sons of Africa,’ a group of 12 African activists advocating for outlawing of the evil human trafficking. Three years later, Olaudah Equiano wrote and published his book, a testament against slavery. The book was a runaway success that brought him publicity and loads of money. He travelled extensively promoting the book and preaching the cause of abolitionists.

Olaudah Equiano was probably the foremost African civil rights activist, the forerunner of Frederick Douglass and Dr. Martin Luther King, Jr. Operating in London did not diminish Equiano’s American connections. In fact, he reportedly insinuated birthplaces in America on two occasions, which was probably done to facilitate the issuance of certain documents freeing him from bondage. [Hey, a man has got do what a man got to do to break loose from criminals holding him hostage!]

Olaudah Equiano was not only the first African to write about slavery, but he is also considered the father of American autobiography. No American before him had so chronicled his or her journey to the new world with such stellar successes worldwide.

Equiano did not live to see the official abolition of slavery; he died on March 31, 1797. However, his efforts contributed to the efforts of William Wilberforce, who supported the campaign that led to the Slavery Abolition Act of 1833. The Act abolished slavery in most of the British Empire.

Forty years after Olaudah’s death, transatlantic European abductors were put out of their abomination called ‘slave trade.’ Thus, the people of Igbo extraction have been long involved in the politics of the Americas and the western world. Though the story of slavery in the Americas is mired in politics and pogrom, it contributed immensely to the character and constitution of America.

The eventual abolition of European slavery, following the realization of its repugnancy as advocated by Olaudah Equiano, took many years and many bloody events in the United States of America. So many stories exist about the compelled coming of West Africans to the Americas since early 1600s. Olaudah’s book opened the window in the late 1700s.