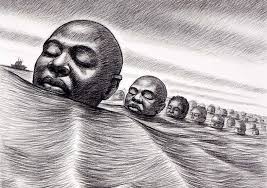 We seize the opportunity of Black History Month (BHM) to recognize a powerful story of resistance – Igbo Landing. In May 1803, one of the largest mass suicides of enslaved people happened in Dunbar Creek on St. Simons Island, Glynn County, Georgia. When the Igbo captives arrived in Savannah, Georgia, on the slave ship known as the Wanderer, their captors rejected their demand to go back to Igboland.

They would not let them go because the slave merchants John Couper and Thomas Spalding put money together to pay $100 for each of them. In addition, the nearby plantations were already waiting to buy them for labor. But the enslaved people chained under the deck of a coastal vessel, the York, had their plan. 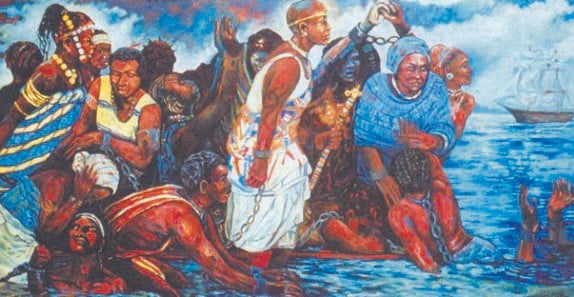 En route to being resold, approximately 75 Igbo enslaved people rose in rebellion, perhaps, because of their already preconceived notion about enslaved people in Igboland. They took over the vessel, drowned their captors, and caused its grounding.

Next was a story of bravery that put Dunbar Creek on the slavery map. The Igbos marched ashore, singing and dancing, led by their high chief; at his direction, they marched into the marshy waters of Dunbar Creek and committed mass suicide.

While many western historians have tried to cast doubt on the Igbo Landing mass suicide, suggesting that the story was more fiction than fact. However, researchers have verified that the accounts of Roswell King and many others are factual. They could not believe that such bravery existed among enslaved people.

Let us use the opportunity of BHM to recognize this act of bravery and be introspective.