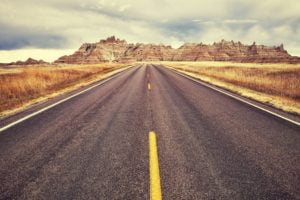 Visiting from Nigeria: 20 Best Places to Visit in the United States

From man-made attractions such as the skyscrapers of New York and Chicago to natural wonders such as the Grand Canyon in Colorado to Bridal Veil Falls in Utah, the United States is blessed with breathtaking tourist destinations. If you are coming from Nigeria, it is easy to get carried away by the beauty of American cities. But if you want to really explore America, more than the average visitor from Nigeria, we have put together a list of the 20 best places to visit in the United States.

Faneuil Hall is one of the most visited places in the United States. In fact, Travel and Leisure reports that with 15 million visitors every year, Faneuil Hall is the eighth most visited site in the United States. Built in the 18th century, Faneuil Hall is also called the “Cradle of Liberty” because it served as a meeting place for America’s founding fathers during their fight for freedom and against British oppression. If you are visiting Faneuil Hall, expect to spend money; in addition to the tour of history, it provides many opportunities for indoor and outdoor shopping, as well as local desserts and cuisine.

Right under Bridal Veil Falls is the Bryce National Park also in Utah. Located in Southern Utah, Bryce National Park is a stunning formation of rocks that looks like a showground. Early Mormon settlers called it the “canyon home.” This awe-inspiring formation of rocks offers great hiking opportunities. The most popular vantage point is the sunset point because it offers a dizzying panoramic view of the yellow, red, and orange rock formation.

San Antonio’s River Walk is one of the best places in the United States to spend time, especially if you are looking to dine, wander, or for souvenirs. This beautiful walk stretches along the San Antonio River in the heart of the city. Our Editor-in-Chief said that what he enjoyed most was watching the boats meander along the river as he enjoyed the delicious fine cuisine that Texas has to offer. Big trees provide shade for patrons enjoying a variety of entertainment and live music.

Sedona Red Rock State Park is a stunning landscape of red rock formations. If you like outdoor adventures as most Nigerians do, Sedona Red Rock Country is an amazing place to spend time. It has a good number of rocks, but the Cathedral Red Rock is one of the favorite hiking trails for locals and tourists. Our staff’s favorite thing was the Jeep drive around the Sedona trails.

Glacier National Park in Montana is one of the most gorgeous mountain terrains in the United States. The park covers an expanse of 1,583 square miles of wilderness. Its glacier-carved peaks run to the Canadian border. Going-to-the-Sun Road is close to 50 miles long (80 km) and runs through the park from east to west. This road opened in 1932 and runs up to an elevation of 7,747 ft at a site called Logan pass. If you want to see Logan Pass, you have to come during the summer months. Because of the elevation, and the risks associated with icy roads and heavy snowfall, it is only open during summer.

The Las Vegas Strip is an amazing arrangement of lights and entertainment. Without a doubt, it is the gambling Mecca of the world. It is situated in the southern Nevada desert. Mandalay Bay, Caesar’s Palace, and Planet Hollywood are decorated with breathtaking detail and care, creating a fantasy-like atmosphere. It was one of the last places we visited before our publication, and it left a lasting impact.

9. The White House in Washington, DC

Waikiki, located on the South Shore of Honolulu, is home of the most popular beaches in the Hawaiian Islands. In 1901 the Moana Surfrider was built on the shores of Waikiki Beach. Today, Waikiki Beach is the perfect combination of tropical paradise and modern city. Every hotel room in Waikiki is two or three blocks away from the sea. The food, sunbathing, shopping, and people make this part of Oahu incredibly popular with tourists from all over the world. A visitor from Nigeria will find it very homey and welcoming.

Nigerians do not like cold weather, but if you are ready to bundle up, Denali National Park will be an unforgettable experience. Denali National Park is in the interior of Alaska. It contains the highest mountain in North America – Mount McKinley. The park protects a wide variety of animals such as moose, wolves, grizzly bears, and many others in its wilderness.

Yellowstone National Park, set aside in 1872, became the world’s first national park. The purpose was to preserve the vast number of hot springs, geysers, and many other thermal areas. It was also intended to protect the incredible wildlife and rugged beauty of the area. Animals such as bears, deer, elk, bison, and wolves can be found in the park area.

Most often when people think of New York it is Manhattan that they picture in their minds. Manhattan is one New York’s five boroughs. It is the most densely populated of the five boroughs. Manhattan’s familiar skyscrapers and skyline have been featured in countless movies. The iconic sites include the skyscrapers such as the Empire State Building, neon-lit Times Square, and the statue of Liberty.

2. The Statue of Liberty in New York

1. The Grand Canyon in Arizona