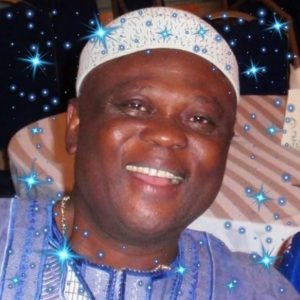 A born, ‘bread and buttered’ Enuguite, I celebrate the creation of Enugu State. It had been cooking since the Nigeria-Biafra War. The movement for Waawa State intensified postwar, principally to give all sections of the Igbo nation a better sense of belonging and to accelerate development.

Mission accomplished? No! The goal of a separate state is set. The five states of the southeast region, Aladimma, have built capital cities and institutions worthy of note, plus the emergence of glowing and growing corps of community leaders in political, religious, and socioeconomic spheres.  Sadly, many developmental goals have eluded us, especially in rural areas.

Today is not for criticisms: it is a day for celebrations and self-reflections. I grew up a native Enugu North local government area (LGA). I lived in Enugu South LGA as a young professional. I now count myself as a constituent of Enugu East LGA, which shares a name with the Enugu East senatorial zone.

Enugu East LGA has been in the news lately. Not only did we read today of the passing of a former chairman, we are mourning the killing of fellow constituents on Sunday, August 23, 2020. The details are still sketchy, but the avoidable deaths are troubling.

In life, it is not just what happened; it is more what we do with what happened. Enugu East is an emerging economic entity in expanding Enugu and environs. Such social pressures as rural-urban migration, unemployment, housing needs, and resultant disruptions in the social fabric are bound to escalate.

With the reopening of Akanu Ibiam International Airport (AIIA), the fortunes of Enugu East should trend upwards, if properly harnessed. The local administrators must think without constraints. The chairman and his team must catch the wave at its peak.

The blacksmith who is not sure how to forge a gong should look at the tail of a kite. In 2003, during the Enugu-USA convention in Maryland, USA, a group of us presented on the prospects of a restored international airport in Enugu. The group also included Chris Chukwu of Virginia, who later became a director at Central Bank of Nigeria, Aloy Attah of Dallas, Texas, then a Boeing engineer and now professor of engineering, and Isaac Ike of Los Angeles, California, a.k.a. “Ọzọ Ukehe Deeje.”

Seventeen years later, Emene is set to reopen the international airport. The pause of the pandemic will spur economic activities and opportunities for the teeming and restless youths of Enugu East. We know that the jobs of tomorrow are in information technology (IT). It does not take an oracle to know that Enugu cannot expand into Emene and Enugu East environs as “Coal City.”  Previous administrations saw beyond coal: the steel factory, Thinkers Corner, PRODA, ANAMMCO, etc.

Enugu East can institute a potential trigger for the next phase of development in Enugu State and the entire Aladimma. With the administration of Governor Ifeanyi Ugwuanyi working hard to reopen AIIA, and with the robust representation of Senator Chimaroke Nnamani, one thing is missing: a draft proposal for the core of ‘Computer City,’ an IT hub of the East… an idea whose time has come.

Happy Anniversary to Enuguites. Post-pandemic, we shall celebrate the 30th with Enugu East leading the way, so others may follow. Let us do it!

Dr. M. O. Ene is a social commentator and leader of the @Aladimma Project. He writes from NJ, USA