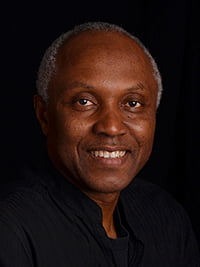 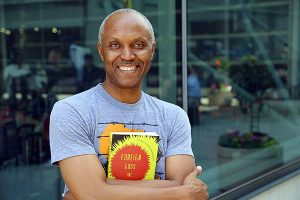 Prof. Okey Ndibe is one of Nigeria’s most gifted writers of modern fiction. His two novels – Arrows of Rain and Foreign God’s Inc. – have received world-wide acclaim and are read in many schools around the world. Ndibe weaves such beautiful prose in which readers are conjured into an emotional investment in fictional characters. But, perhaps, more important in his writing is the use of seductive prose and frightening descriptions to tackle a variety of desperate and tragic issues concerning the country, Nigeria.

Nigerian Parents Magazine sat down with Ndibe to discuss his life, career, relationship with literary icons Achebe and Soyinka, his memoire (Never Look an American in the Eye)  and his upcoming novel. The interview will be published in three installments. Enjoy! 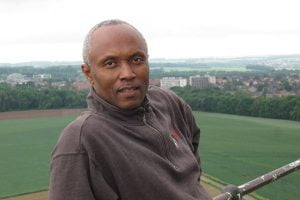 NPM: Professor Ndibe, welcome to Nigerian Parents Magazine. We are joined here today  as well by Hamilton Odunze who is the founder and Editor-in-Chief of the Magazine. My name is Ejike Eze and I am the Chairman of the Editorial Board. We are so excited to have you join us this afternoon.

NDIBE: It is my delight to be with you.

NPM: The Nigerian Parents Magazine has been so well received and we are happy to be doing what we do. Today we are speaking with you as a very accomplished writer, journalist and professor. You have done extremely well for yourself and we are honored to be in your presence to talk to you today. With that I will ask you our first question to try to get to know you better. Who is the man Okey Ndibe?

NDIBE: Wow! First of all, I would like to say how impressive it is that you started this project. In a lot of ways, Nigerians and Africans who come to America or who relocate elsewhere in the world, have at the back of their minds, at some point to return home, home being Nigeria or different parts of Africa. The reality is that for many of us who had that dream, America is turning out to be more and more, perhaps, our permanent home, till death do us move on. And there is what is clearly a major rupture in the cultural awareness of our children and, indeed, in the cultural awareness of some of us who have spent a long time here, especially those who don’t have the opportunity, from time to time, to go back to their native countries. And so your project is really laudable. It’s admirable and I’m happy to see that you have taken on something that is very necessary, indeed, fundamentally essential to the cultural, moral formation and wellbeing of our people.

So to tell my story, it’s really a kind of thing that you do, of course, over many months, not in a conversation that is gonna be short like this one. But I was born in Yola in the northeast part of Nigeria and current Adamawa State, May 15, 1960. My father was the postmaster at the Jimeta post office. My mother was a schoolteacher at Teresa school in Jimeta, Yola. So I had my early formative years as a child in Yola and had to relocate to the southeast and the hometown of my parents, Amawbia, in 1967… early 1967, as the drums of war, the Nigerian civil war, were beginning to sound. So my father sent us home. They had four children at the time. My youngest brother was born during the Nigerian civil war, which happened from 1967 to 70, as we all know. 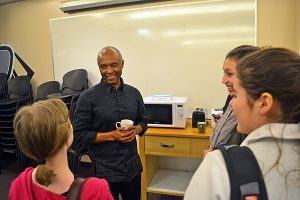 I then grew up after the war, went to secondary school in Anambra state, went and studied business management, business administration at Yaba College of Technology and IMT, in Enugu. Not that I wanted to do business at all, but you know, that is a story. I actually was supposed to come to America to study. And so I didn’t take Jamb to go into any universities. But at the last moment, my parents decided that it wasn’t – they had their reservations about my coming to America, and they felt that I’ll be lost. So they canceled that idea last minute. And I really didn’t want to lose a year. So, I ended up taking the entrance. And the only thing I could study as somebody who was not inclined in the sciences at all, was business management. The other course I could have done was fine arts, I wasn’t good enough as a fine artist. And so I ended up studying business administration both at the Yaba College of Technology where I got my OND, and at the Institute of Management and Technology in Enugu where I got my HND.

But I always knew that I wanted to be a writer. So when I was at Yaba, I began to write. Actually, I’ll go back a little bit. My first piece in a Nigerian newspaper, was published in the Daily Star in Enugu in my last year in secondary school. I just scratched up a piece and sent it to the newspaper. And one day my father called me and said, did you send a piece of the Daily Star?  I was going to deny it, because I thought that what happened was that the Daily Star got back to my father and said, “tell your son that he can’t write, not to disturb us with his nonsense”. So I was thinking of denying it. But my father said, there’s a piece in today’s Daily Star that has your name. So I then confirmed that I had sent it. As we all know, many of our parents loved us but they were  not very profoundly affectionate. It wasn’t the kind of hugging relationship. But that was one of those rare occasions where my father gave me a hug. And so it felt good.

And so I continued to write. And I actually saw myself through my training at IMT and Yaba, from earnings that I made from my freelance pieces in a variety of Nigerian newspapers. And I ultimately also began to write for Africa magazine in London, doing book reviews and political analysis for them. And this was when I was still in school. So by the time I finished, I already had a small reputation as a writer, and was quickly snatched up by Moshod Abiola’s Concord Newspaper where I did my youth service serving on the editorial board. 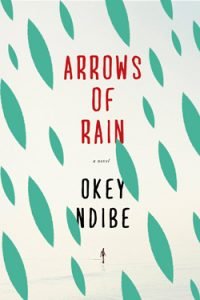 I worked for them for two years. My first official assignment was to interview Chinua Achebe. It happened that I had a friend from Ogidi. So, I went to visit and I was, you know, raving about Chinua Achebe and saying I wish I were from Ogidi, so that I’ll claim that Achebe was mine. So this young woman had a smile on her face. And she said, do you know that Chinua Achebe is my uncle? And I thought she was boasting. I said, oh, you’re lying. And she said, in fact, his home was near to her home, she said. And Achebe was home that weekend. And she said, “would you want to meet him?” So she took me to Achebe’s home and I met him. And that thus began a relationship with Achebe that lasted for 30 years until his passing.

So Achebe agreed to give me an interview. I told him I had just got a job with The Concord. And he said he’ll give me an interview whenever I wanted. So when I resumed and told the editor that I had met Achebe and that he will give me an interview, that I had his phone number. He said, that’s your first assignment. So that assignment, I’ve written about it, that relationship, in my memoir – Never Look an American in the Eye. And it didn’t work out initially well, because I interviewed Achebe for almost three hours in his office at UNN. But the tape recorder that I took malfunctioned. So it didn’t capture one word that Achebe said.

So, I came back to Enugu, to my hotel at Hotel Presidential. And some of my friends who were fans of Achebe gathered in my hotel room and said, “oh, we want to hear Achebe’s voice”. So I pressed play. And there was silence. I put in another cassette, pressed play. There was again, silence. So all three cassettes that I took with me recorded nothing of the interview. So I had to call Achebe in a panic. And he was such a gracious and generous man and granted me another interview two days later, to which I took three tape recorders that I had to borrow. So Achebe saved my career, as it were.

So, I worked for Concord Newspaper for two years. Then I went to the Guardian for another two years. And then Chinua Achebe happened to be in America. His last novel, Anthills of the Savannah, had just been published. And he was teaching at the University of Massachusetts at Amherst. And in the course of traveling around the country, he met a number of intellectuals who wanted to be part of a magazine. And so Achebe became the publisher of the magazine. And he told them that he had a good candidate to be the founding editor. And so they invited me from Nigeria to come set up the magazine. So that’s how I came to America, December of 1988. 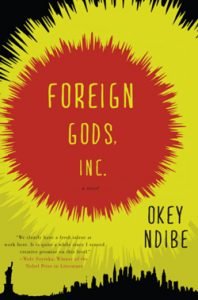 After the magazine folded up, in 1991, we got critical acclaim from all kinds of publications, won prizes as one of the best publications to come out in this country. But we, simply, were not able to get advertising. The advertising industry said, well, we’re too serious and the magazine too intellectual. And they said that black people did not read serious magazines. So that became a self-fulfilling prophecy. Since they would not give us adverts, the magazine ultimately folded up. Then Prof. Bart Nnaji, who was also part of Achebe’s magazine, in fact, he was the founding spirit, if you like, of that magazine, decided that he and I should try again. So we came up with another magazine called African World. The one we did with Achebe was called African Commentary. That magazine, as well, folded, essentially because we couldn’t get advertising support. And then I went to the University of Massachusetts at Amherst and did my MFA in fiction, and the thesis for my studies ultimately became my first novel – Arrows of Rain. I subsequently returned to UMass to do a PhD in African and African-American literature. And so I have been a visiting professor at a variety of universities and colleges, including Simon’s Rock College in Great Barrington, Massachusetts, Trinity College in Hartford, Brown University where I actually co-taught with Achebe, the University of Las Vegas, where I was a writing fellow, at the University of Lagos, where I was a Fulbright Scholar, and St. Lawrence University in Canton, New York, where I was a V brand professor of fiction.

Leave us your comments and please visit Ndibe’s website @ http://okeyndibe.com/