Skip to content
What is #EndSARS?
#EndSARS is a decentralised social movement and series of mass protests against police brutality in Nigeria. … The protests which takes its name from the slogan started in 2017 as a Twitter campaign using the hashtag #ENDSARS to demand the disbanding of the unit by the Nigerian government. 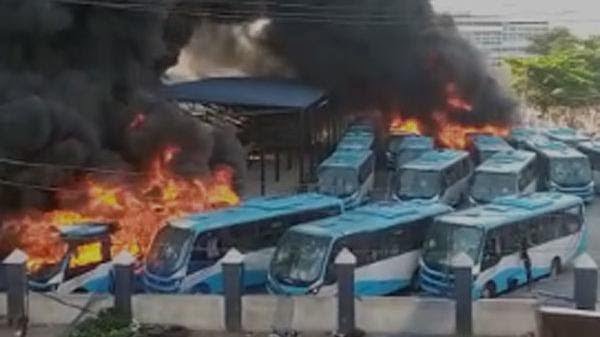 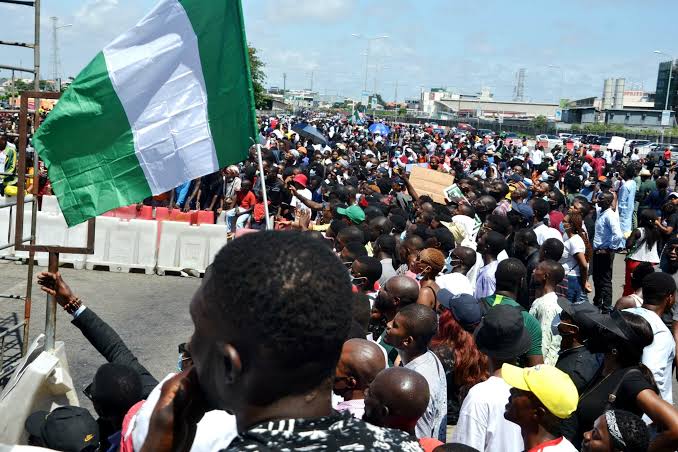 Statement on the Lekki Massacre

We have watched with shock and anguish footage of the massacre last week of peaceful protesters at Lekki in Lagos, Nigeria. We are troubled these young Nigerians were killed for the ‘crime’ of daring to call for an end to police brutality. Even more painful is the deliberate attempt to cover up the killing.  A week after the rash killing, we have watched as government officials deny that any death even occurred.  State authorities continue to deliberately distort information on what actually happened.

Immediately after the incident gained traction in local and international media, the Nigerian Army quickly launched operation Crocodile Smile, cyber warfare to sow confusion and discredit factual account of what happened.  The result is that most media reports about the killing were labeled as fake news. The army tweeted screenshots from articles by Reuters, France 24, The New York Times and some local media –branding them “fake news”. Unfortunately, they have refused to tell what the real news is.

We, Nigerians and friends of Nigeria in the United States, condemn unequivocally this wanton destruction of lives. We condemn the excessive use of force by agents of the Nigerian state on its citizens.  Such carnage and descend into savagery must stop.  It is anti-democratic, barbaric and unacceptable. The right to protest is a fundamental human right that ought to be protected and not punished. Nigerians youth have a right to pour into their streets in free expression of their disappointment with the direction of their country. We condemn present attempts to cover up this despicable crime by agents of the state.

The history of gross human rights violations by Nigerian police is well-known. The Human Rights Watch in its damning 2020 report titled ‘Nigeria: Time to End Impunity’, reveals that “detainees in SARS custody have been subjected to a variety of methods of torture including hanging, mock execution, beating, punching and kicking, burning with cigarettes, waterboarding and near-asphyxiation with plastic bags”. The #EndSARS protest is a necessary rejection of this unjust use of state power.

We salute the courage of young Nigerians who have risen up to demands of what Martin Luther King Jr aptly calls ‘the fierce urgency of now’. This is no time for apathy and complacency but one for vigorous positive action. We encourage the protesters to embrace non-violence as they push for needed change. This dark starless midnight of suppression, impunity and brutality must not be long.

It is clear from the demands of the #EndSARS movement that they are not against the police. They demand law enforcement accountability, criminal justice reforms and a system that creates economic security for all. It won’t be enough to just plug out the bad apples in police and army uniforms, we must take care of the rotten tree from which the apples come. We join the #EndSARS movement to insist that CHANGE CAN’T WAIT.

FOR IMMEDIATE RELEASE
NPGUSA Secretariat, New York USA
secretariat@nollywoodproducersguildusa.com
October 26, 2020
Nollywood Producers Guild in USA Condemn Killing of Protesters in Nigeria
“It is with sadness that the Nollywood Producers Guild USA (NPGUSA) take note of newsreporting
as well as the circulation of gory and bloody videos showing the killing of
Nigerians said to be engaged in peaceful demonstration across various states in Nigeria.
While NPGUSA studies the facts leading to each action or circumstance surrounding the said
killings, there is no justification for such brutal killings. The revelations of the said newsreporting
and the brutality seen in the said videos should be very disturbing and of great
concern to any reasonable individual or authority.
Accordingly, NPGUSA calls on the authorities in Nigeria to immediately see to it that these
killings do not continue and that all culprits are brought to book.
The right to peaceful protest is an aspect of healthy democratic process and should not be
suppressed nor rewarded with brutality. We condemn those who mischievously attempt to
hijack and exploit the well-meaning intentions of peaceful protesters or engage others to
cause havoc and sow distrust and division among the people.
The duty of maintaining peace, security, and orderliness in society is a crucial function of
government and should always be executed in a manner that ensures confidence of the
people in the government, while protecting innocent lives and properties.”
– END –
About NPGUSA
Nollywood Producers Guild USA (NPG,USA) is an association of like-minded Film Producers
who represent, promote and protect the interests of Nollywood/African Film Producers in
film, television and news media in the United States and other parts of the African Diaspora.
For more on NPGUSA, visit www.nollywoodproducersguildusa.com
secretariat@nollywoodproducersguildusa.com – www.NollywoodProducersGuildUSA.com 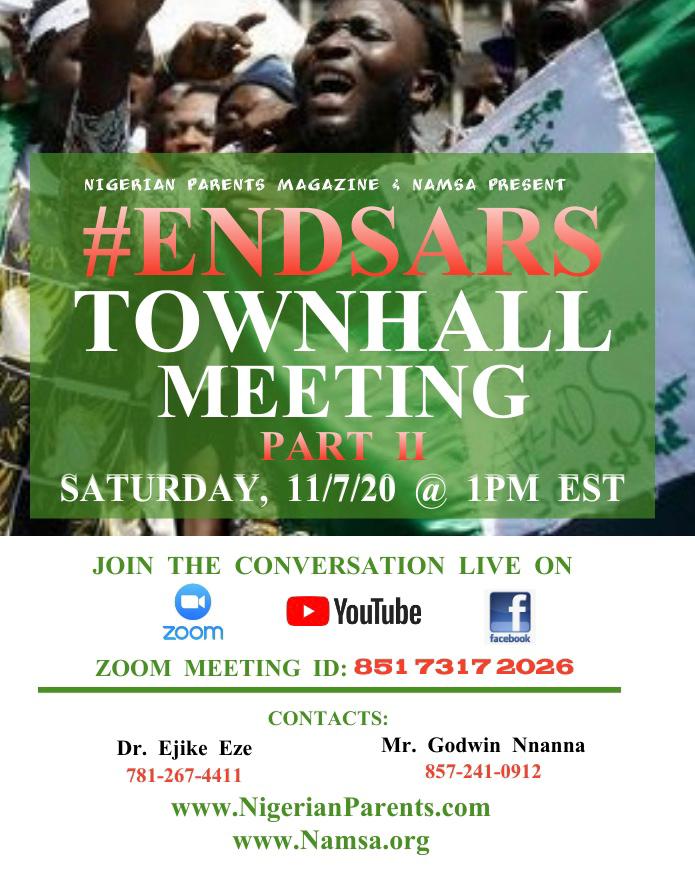