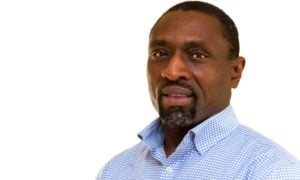 Why Nigerian Parents Expect Too Much from Their Children

Nigerians are the most educated immigrant group in the United States

By now, everyone knows that Nigerians are the most educated immigrant group in the United States. The Migration Policy Institute (MPI) published a study on behalf of the Rockefeller-Aspen Diaspora Program (RAD) in 2015, which proved Nigerians to be the most educated immigrant group and to enjoy a median income that is higher than average, in relation to other groups, including white Americans. This fact continues to be a source of respect and pride for people of Nigerian heritage. It could perhaps even provide Nigerians and their offsprings with the motivation to continue to excel in all areas of endeavor.

Nigerian excellence in the United States goes beyond education

Education is not the only field of excellence for Nigerian-Americans. Many of them are also good sportsmen and women. For instance, in the 2020 NBA draft (which was virtual, due to COVID-19), eight Nigerian-Americans were drafted in the first round. In the arena of women’s basketball (WNBA), the Ogwumike sisters – Chiney, Erica, and Olivia – tower above the competition. In fact, they are referred to as the first family of hoops in the United States. In addition to these achievements, thirty-two Nigerian-Americans play in the NFL, and in the coming years, many more will be drafted into the league.

In all these achievements, you cannot gloss over the family dynamics that have shaped these high-achievers and many other first and second-generation Nigerian-Americans who are doing amazing and remarkable things in the United States. In fact, many of them have told Nigerian Parents Magazine (NPM) that their intense desire to succeed has been shaped by parental expectations.

Unreasonable expectations come with a warning

In an effort to understand the harmful pressure our youngsters are dealing with, NPM spoke with Dotun Sheunde, a clinical psychologist based in Chicago. Sheunde made a startling assertion. He warned that “expecting so much from a young person may be the most destructive thing to their mental health and creativity.” In fact, he argues that many may try to sabotage their own talents just to prove their parents wrong. It is easy for Nigerian parents to overlook the burdens that are created when we place unreasonable expectations on their shoulders.  Often, Nigerian parents use their own upbringing as an excuse for unreasonable expectations. This, Sheunde argues, is not fair to their children.

It is not uncommon to hear Nigerian parents make the argument that they would have been doctors, lawyers, engineers, and anything else if they had had similar opportunities as their children. While this may seem like an innocent, motivational pep talk for the children, what it reveals is that the vision we are building for them is shaped around our own missed dreams, unfulfilled ambitions, and fears. In fact, parents must be careful that they are not making excuses for their failures to their children. This is perfectly normal; out of love for our children, we want them to have everything we did not have. But we must be careful not to put too much pressure on them; it may be counter-productive.

Why Nigerian parents expect too much – It is an image thing

As Nigerian parents, we come from a culture where the behavior of our children is used to evaluate our performance as parents. To some extent, this may be right. For instance, if you allow your under-age children to run amok in public, it provides a good window into your parenting style and capability. But in the long run, the successes or behaviors of your children may provide a more accurate verdict on your performance as good or bad parents. There is no doubt that a degree of pride comes with raising successful children, but the behavior and successes of our children should never become a measure of our own value as parents. Otherwise, we would be detracting from their hard work and motivation to succeed.

Respond to this article

Let us know what you think as Nigerian parents. Share your thoughts. Do you expect a lot from your children? If so, why?   What worked or what has not worked for you?