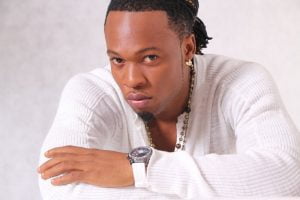 In many academic settings, the concept of globalization is often limited to an economic process by which companies and countries develop international influence aimed at increasing the circulation of goods and services.

In many academic settings, the concept of globalization is often limited to an economic process by which companies and countries develop international influence aimed at increasing the circulation of goods and services. However, now more than ever, cultures and styles continue to intermingle across the world. Consider, for instance that in the past 10 years, many Nigerian music artists have become international celebrities. From China to Russia, from India to South Africa, and from London to the United States and Canada, Nigerian artists have become constant features in nightclubs, restaurants, radio stations, bars, and upscale lounges.

A few months ago, my friend and I visited an upscale lounge in California. It was supposed to be a simple and casual Friday night outing, but it turned out to be my best night out since I moved to Cali five years ago. On this night, we encountered a band playing a tune that we easily recognized as a song by Davido. The crowd cheered and danced. I would guess that the crowd was 70% Caucasian, which is what made it spectacular to witness. In fact, we may have been the only Nigerians there. All evening long, the people gyrated and danced to different renditions of Nigerian artists’ songs, from Davido to Flavour, and from Tiwa Savage to Kiss Daniel. However, the climax came when the band played Burna Boy’s “Wetin Man Go Do”. At this point, my friend lost it and started throwing money at the band.

Beyond this night’s fun, I realized that these artists have done for Nigerians in diaspora what politicians and the government have not been able to do. According to a CNN article, psychologists have suggested that music can influence how we see the world around us. It can also stimulate a sense of pride in culture and tradition. The current group of Nigerian artists has put Nigeria front and center in the global entertainment industry. In doing this, they have largely restored a sense of pride in the Nigerian diaspora.

If you are still in doubt about my statement, the next time you attend a Nigerian party, look at the second-generation Nigerian–Americans. It is easy to notice that the one thing they have in common is their excitement about and love of music. It brings them as close to their heritage as possible. From dancing to language, from cultural nuances to styles and etiquettes, they seem to have an in-depth appreciation of their origins. More importantly, these artists have made it possible for second-generation Nigerian–Americans to appreciate that Nigeria is a country with talented youths who can and do compete favorably with the rest of the world.