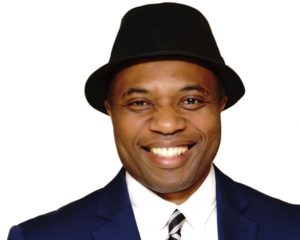 As You Cast Your Vote in the 2020 Election

This morning, I joined millions of Americans to cast my vote early in the 2020 election. I did not want to wait until election day because I did not want to take the chance of any unforeseen incident preventing me from performing that civic duty. Early voting is available from October 17, 2020 through October 30, 2020. Please check your local listing for voting times. If you are planning to vote by mail, you must request your ballot by October 28, 2020, and return it by mail or in person by November 3, 2020. For those who are yet to register to vote, the deadline is October 24th, 2020.

Every election year we hear such expressions as “this is the most important election” and “voting is a civic duty”. A new one this year is: “vote as if your life depends on it, because it does”. These expressions are clichés. However, they have never been more apposite as they are in the 2020 election, nor have the choices in the election been easier, especially for the office of president. The outcome of this election may shape or mar America and you have a chance to help determine it.

Starting from 2022, the proposed law will require manufacturers who produce vehicles equipped with telematic systems, that is, systems which collect and store mechanical data in a remote server, to make such data accessible to independent repair shops and vehicle owners. In other words, a YES vote on Question 1 says that you and your independent mechanic can have access to the mechanical data of your own vehicle on your own mobile device (if you prefered) without going to the dealership. It also means that if there is a problem with your vehicle, your mechanic can read the code associated with the problem and fix it for you without referring you to the dealership. You will always have the choice of going to the dealership if you so prefered.

This is a big deal, and as you would imagine, the dealerships are fighting this question and spending millions of dollars on advertisements to instill fear in people and browbeat them to vote NO. It is my opinion that a YES vote is what is needed, especially since the data in question are purely mechanical data and not personal data as the dealerships falsely and fraudulently claim. PLEASE VOTE YES ON QUESTION 1.

I am not sure who came up with this convoluted proposal or why they would think it makes sense for all of Massachusetts. But it is important to note that this does not apply to presidential, county commissioner and some school board elections, but is limited to state legislative offices, federal congressional offices, and certain other offices beginning in 2022. It is also important to note that in all the places where this ridiculous process obtains, elections are a lot more expensive to conduct and inevitably lead to higher taxes. Cambridge is the only city I know that has this in Massachusetts. I suggest that we allow them to keep their system, a system they have used since 1940, while the rest of us remain progressive and continue with the current system which allows us to keep elections easy and less expensive to conduct. PLEASE VOTE NO ON RANKED-CHOICE VOTING.