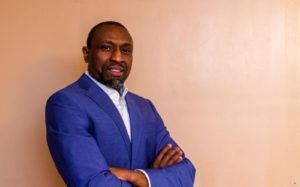 The Paradox of Well-educated People and a Backward Community

Now that the excitement is contained significantly and the gloating has come down a couple of notches, it is time to bring back the Rockefeller-Aspen Institute for Diaspora Program (RAD) analysis to the forefront for a more serious conversation. In case you forgot, in 2015, the institute released an analysis that cited the Nigerian diaspora as the best-educated immigrant group in the United States.  The analysis went further to say that Nigerians were substantially more likely than the general U.S. population to be in the labor force at a professional or managerial level.

A writer on Quora dared to ask “Why is Nigeria not doing so well as a community even though Nigerian immigrants excel in education?” He received a significant degree of anger from Nigerians. Unsurprisingly, most Nigerians appeared to express critical hatred. Some Nigerians called him a hater, and others who were not so nice called him a racist. Understandably, people do not react rationally when an outsider questions the validity of a result that massages their ego.

However, I assumed that the writer on Quora meant well. He was trying to understand why, even with the level of education credited to Nigerians, we lagged in influencing government policies and in enhancing community development both in the United States and in Nigeria. With this question, he brought up an important aspect of the Nigerian success that we swept under the rug. The truth is that the individual educational achievements of Nigerians have not resulted in collective influence and community development.

To grasp this paradox of well-educated people and a backward community, you must first understand the background that shaped what Nigerians believed about education. Adeola Oyebamiji, an auditor at SO&C Compliance Services put it this way “We are told from an early age that education is the key to success.” Oyebamiji was right.  However, to a Nigerian parent, success is a measure of personal acquisition and influence over others. Success is not a measure of contribution to society. Because of this principle, Nigerian parents force their children to be doctors, lawyers, and engineers. Nigerians acquire education against the backdrop of this belief. Therefore, educational achievement becomes the ultimate goal and the end to self-actualization because it produces material possessions.

On the other hand, in a progressive environment where the value of education is on enhancing underlying skills, the impact on the community is profound. The first noticeable impact is that education spurs intellectual curiosity that leads to innovation, creativity, and ingenuity. Many educated Nigerians are not intellectually curious. We see education as a means to a good paycheck and nothing more. In other communities, education is not just a means to a good paycheck; it also serves as a means to enhance community and humanity.

To drive my point home, take the great Chinua Achebe as an example. He understood at an early age that education is about enhancing underlying skills and passion. This rationale was why he pursued his dream of writing instead of medicine, which was what his parents wanted. Achebe went on to become a significant influence in writing and changed the course of African literature. Imagine what Africa and the world would have lost without his writing. Try to visualize it; the loss is immense when education is perceived as just a means to a good paycheck and material wellbeing. Let me know what you think at https://nigerianparents.com/category/columnists/candid-pen/