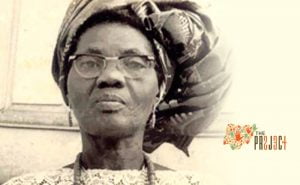 Our biggest heroes were once children. Chief Funmilayo Ransome-Kuti was born in 1900 in Abeokuta, Nigeria. She was a Nigerian educator, political campaigner, suffragist, and women’s rights activist. 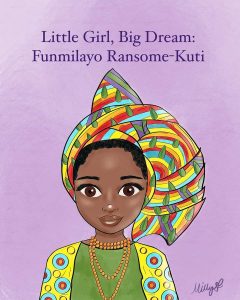 During the 1940s, Ransome-Kuti founded the Abeokuta Women’s Union, one of the most impressive women’s organizations of the 20th century. Membership was estimated to have reached up to 20,000 women. She fought for women’s rights, demanding better representation of women in local governing bodies and an end to unfair taxes targeting women in the marketplace. Described by media as the “Lioness of Lisabi,” she led marches and protests of up to 10,000 women, forcing the reigning local king to temporarily abdicate in 1949 due to his collaboration with the British colonial government. As Ransome-Kuti’s political influence grew, she took part in the Nigerian independence/anti-colonial movement, attending conferences and joining overseas delegations to discuss proposed national constitutions. Spearheading the creation of the Nigerian Women’s Union and the Federation of Nigerian Women’s Societies, she advocated for Nigerian women’s right to vote and became a noted member of international peace and women’s rights movements.

Ransome-Kuti received the Lenin Peace Prize and was awarded membership in the Order of the Niger for her work. She died in 1977 after receiving injuries from a military raid on family property.